Hensel Phelps Board of Directors Announces Promotion of Key Personnel 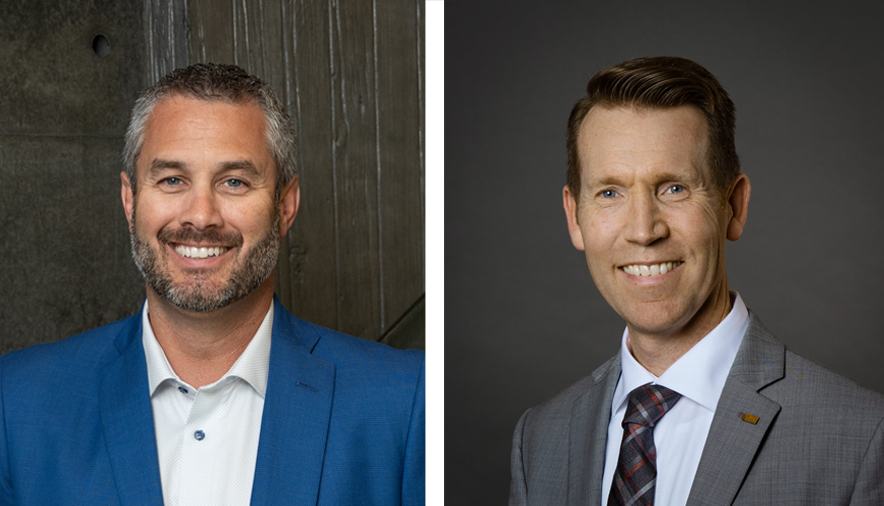 Justin Starnes has been promoted to vice president and district manager of Hensel Phelps’ Southeast district. Justin graduated from the University of Central Missouri with a Bachelor of Science in Construction Management and joined Hensel Phelps as a field engineer working on the Miami International Airport South Terminal Foundations in 2002. As Justin built his career with Hensel Phelps, he worked on many high-profile projects for the Southeast and Mid Atlantic districts.

Justin will be replacing the current vice president and district manager, Kirk Hazen, who is retiring after a 32-year career at Hensel Phelps.

“I want to thank Kirk Hazen for his 32 years of service and his impact on the board of directors the past fourteen years,” commented Michael Choutka, President and CEO of Hensel Phelps. “His passion for people and strategic vision has fueled extraordinary growth in the Southeast district and the Mid South region.”

Scott Bills, DBIA, LEED AP, has been promoted to vice president and district manager of Hensel Phelps’ Pacific Northwest district. Scott earned a Bachelor of Science in Technology Management at Utah Valley University and began his career with Hensel Phelps in 2000 as a Field Engineer in Sacramento, CA. Scott is actively involved with DBIA and is serving on several AGC and Port of Seattle committees with a focus on industry best practices and improving diversity in contracting.

“I am proud to announce these promotions,” continued Choutka. “Both Justin and Scott have a proven track record of success and have been instrumental in growing multiple markets for Hensel Phelps.  Through their leadership, I am confident that we will fulfill our vision of delivering EXCELLENCE in all we do in the Southeast and Pacific Northwest districts.”