Construction Executive from the Ground Up 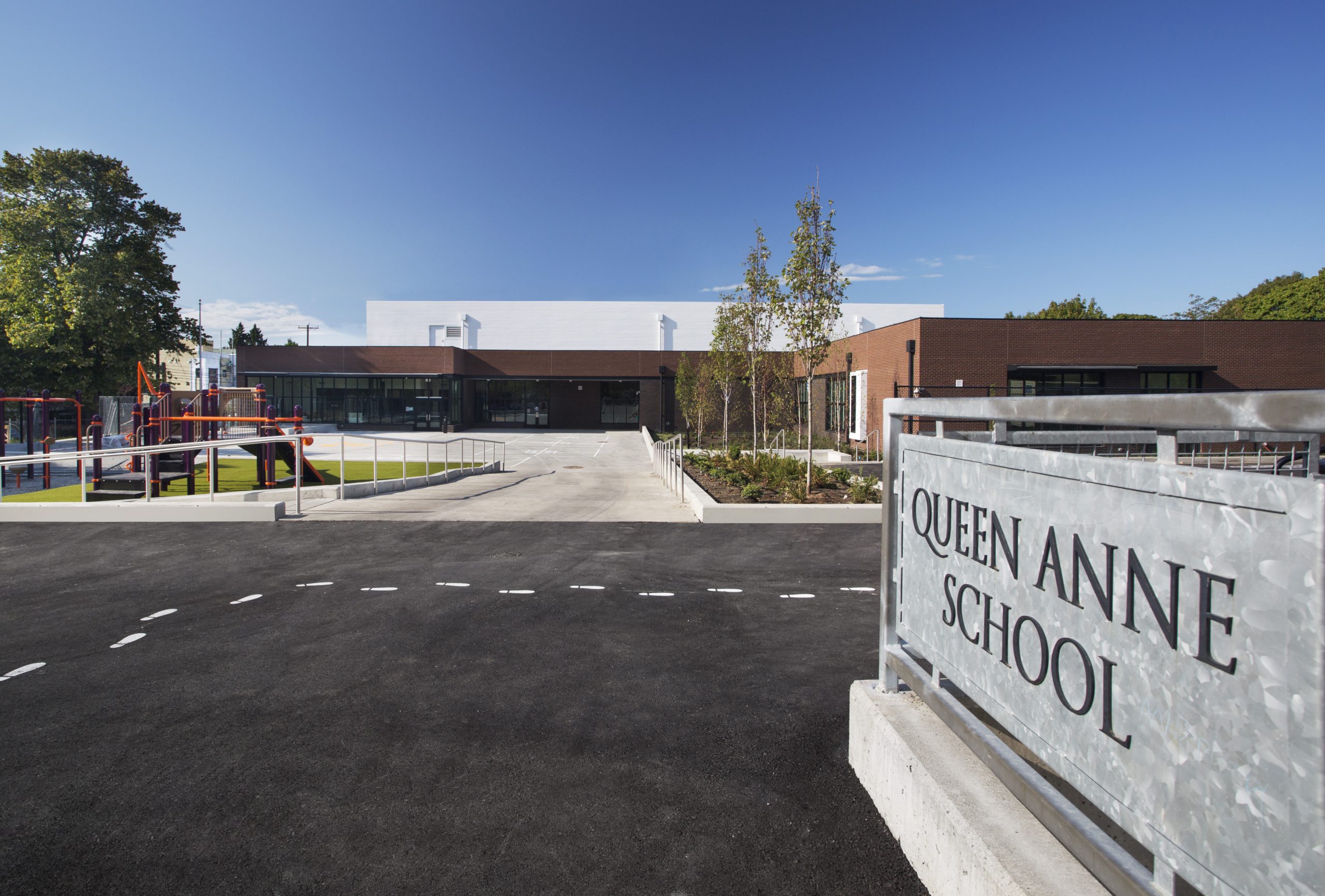 American Abatement & Demo (AAD) CEO and President Mari Borrero has worked hard to build AAD and create her reputation as a construction executive from the ground up. AAD is a local, state-certified disadvantaged, minority/women and veteran-owned small business based in Auburn, Washington that performs abatement, demolition and cleanup services.

Mari developed the idea of AAD because her husband was already performing those services for his employer but wanted to see things done differently. Knowing she could run the business side of AAD, Mari and her husband combined their skill sets and launched the company.

“I had to change my mindset to what if it does work, what if I do get it right, what if the right people come into my life,” said Mari.

Her hard work and determination continue to pay off, as Mari received the William D. Bradford Minority Business of the Year Award at the 2022 University of Washington Impact Awards. Her inspiring story takes us through the twists and turns of her transition from being a schoolteacher to taking a chance on herself and becoming an award-winning businesswoman.

In June of 2017, she decided to leave her teaching position to work on building American Abatement & Demo (AAD) full-time.

“I didn’t know construction five years ago. I took every course offered to me, invested in myself, reached out to people and built a system around me,” said Mari.

She went beyond just going to class to get certifications and surrounded herself with strong mentors that she could learn from, creating a support system around her.

“Research says that in order for kids to read, they need five caring adults in their lives that read to them, and I don’t think that’s any different when you’re an adult. You need to have those five different people in your life who invest in you and are your mentors.”

This was AAD’s first contract with a large general contractor and their first major commercial project. The Hensel Phelps project team and Mari worked together to compile submittals, safety plans and cash flow projections. The team had a series of site walks and planning discussions that enabled AAD to successfully complete its first large project and first Seattle Public Schools project.

Mari describes Hensel Phelps as being intentional and involved in their mentorship. This helped them to build trust with one another, furthering their relationship and partnering potential.

“Hensel Phelps has never made me feel like I can’t ask for help, it has always been a safe and trusting relationship,” said Mari.

When presented with a challenge as she started her business, Mari looked to her mentors and support system around her for guidance. She knew she had to take the proper steps to legitimize AAD and take it to the next level. Hensel Phelps’ Vice President and District Manager Shannon Gustine and Operations Manager Dave Hutt have served as mentors to Mari, helping her to navigate the challenges of a growing business.

“I really needed to make sure that I ran a business that’s legit. There are standards and procedures I originally didn’t realize were there since we were just a mom-and-pop shop,” said Mari. “If you want to play in the game, you’ve got to know the rules.”

The Head Start Program is an exclusive program brokered through The Barbour Group that supports subcontractors who need financial assistance, are first time bond users or need more bonding capacity. The goals of the program include increasing participation of qualified small businesses on Hensel Phelps projects and helping small businesses reach their long-term goals. In October of 2020, Mari met with Hensel Phelps to utilize the Head Start Program’s services and has since increased AAD’s bonding capacity to over $1 million.

Her mentorship with Dave Hutt has helped her to navigate past roadblocks and take more tasks into her own hands, helping to put things back on her schedule.

Hutt also provided Mari with advice and assistance when a waste management company could not take debris containers when she needed them to, resulting in a delay of schedule. Instead of waiting for the waste management companies and with help from Hutt, she was able to get her own cans and is now able to handle waste removal on her own.

“[Hensel Phelps] is able to bring a lens of different solutions that I am not aware of because I haven’t been in this industry forever.”

Developing Herself While Growing a Business

In late 2018, Hensel Phelps had the opportunity to support a business’ participation in the University of Washington (UW) Foster School of Business – Ascend Business Growth Program, which provides business owners with the ability to learn proven business practices. Hensel Phelps immediately thought of Mari, and she took full advantage of the opportunity.

She not only graduated from the program but also received a full scholarship to the UW Minority Business Executive Program. In addition, Mari was selected for the Stanford Latino Entrepreneurship Initiative. She completed both programs with excellence and has applied what she learned to her business.

Mari not only expanded her knowledge of the services the program offered but quickly experienced rapid growth as a business owner and a leader.

“Something that I learned was as time goes by you have to trust that the people you are putting in place can do their jobs without you micromanaging them.”

Serving Her Community Beyond the Scope of Work

Mari has a mindset that she can make a difference and an impact on her community beyond the physical work performed by AAD. She’s more than just an employer to those who work for her, but a mentor who looks for ways to help develop their careers and guide them throughout their time with AAD.

When she first started AAD, Mari had a focus on providing jobs to people who had previously been incarcerated. She recognized the challenges they experience and wanted to help them get back on their feet.

“I built a business oriented in helping those that were previously incarcerated by helping them find a job they can feed their families with.”

In more recent years, she has created a partnership with Boys and Girls Club to provide older members with internships so that she can mentor and introduce them to construction. If the internship goes well, she can then offer them a full-time job and help them kickstart their career.

Mari is deeply connected to the larger scale impact she has had on people’s lives. She became emotional as she reflected on one of her current employees who joined her from the Boys and Girls Club partnership. She comments that while it has not only has it been amazing to see his growth at work and the various milestones he has reached, she knows the stable job is going a long way for his family as well.

“To scale it back a little bit more, he’s got two little boys at home. What are you doing for those kids’ dad when he gets home? It makes me cry, because that is what it’s all about,” said Mari. “When Hensel Phelps gives us contracts it goes way beyond just the contract.”

Making an impact in others’ lives is what Mari is most passionate about, and she uses the resources and opportunities she now has to give back and help others.

“How I have made people feel while they’re here and taking the time to help people get to their next best self is what will last after I’m gone. They’ll be talking about me, it’s my legacy.”

With each new job, Mari is able to provide her employees with the opportunity to take their career to the next level and further her mission of helping others.

“If people really knew the depth of the help that Hensel Phelps provides and who it helps beyond the office walls in Bellevue, you’d understand how impactful it has been and how it’s changing people’s lives outside of this office,” said Mari.

Looking to the Future

Following her successful work on the Queen Anne Elementary School Addition project, Mari went on to perform demolition and abatement on Hensel Phelps’ Tukwila School District Renovation and the GSA Pacific Highway Land Port of Entry Envelopment Replacement (LPOE) project. LPOE was her first federal contract, and Hensel Phelps helped her navigate the stringent project requirements while working on an active border crossing. It was her first contract to span multiple months and taught her how to manage her cash flow in order to float the project for three months. This project paved the way for Mari to join the 8(a) Business Development Program through the U.S. Small Business Administration, broadening her opportunities nationwide.

Moving forward, Mari is looking to expand AAD to Texas so that she can be closer to her family. Once there, she hopes to scale up her program with McKinstry and will take a class with Goldman Sachs to help work out the details of her Texas expansion. She will continue her partnership with Hensel Phelps both in Seattle and Texas.